Examining a few charts showing the fundamental momentum of the service makes it easy to see the reason for investors’ enthusiasm for Netflix stock relative to the incumbents:

Netflix has grown Subscribers and Revenue significantly and sustainably over the past decade, with an acceleration over the past 5 years… 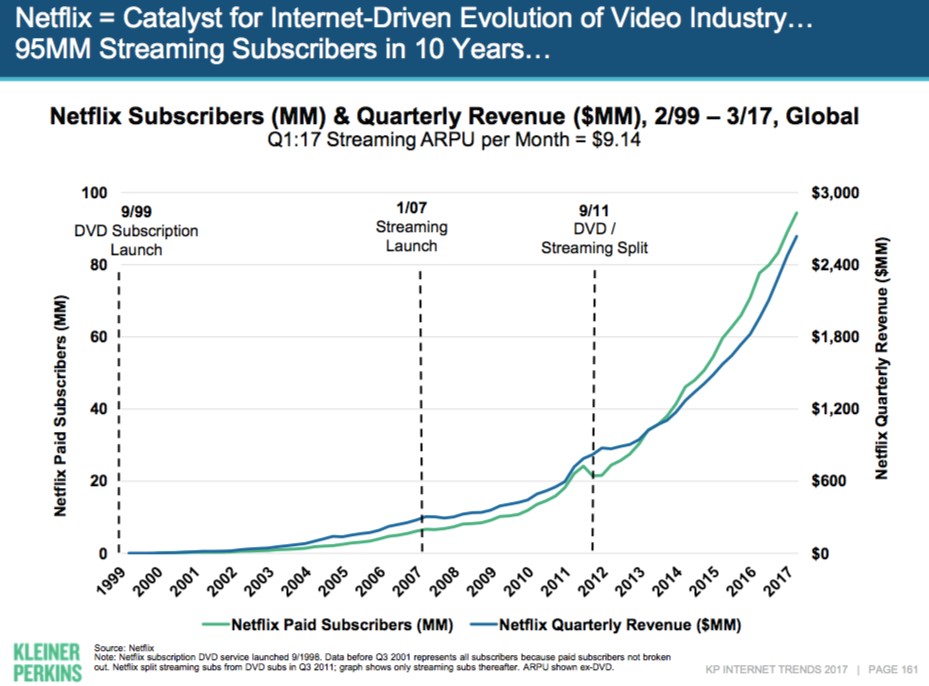 It’s done this by offering an over-the-top (of the Internet or OTT) streaming video subscription service, using the CLASSIC DISRUPTOR PLAYBOOK TO AN OVER-SERVED MARKET, that is significantly cheaper and more customer friendly than existing incumbent services in the US… 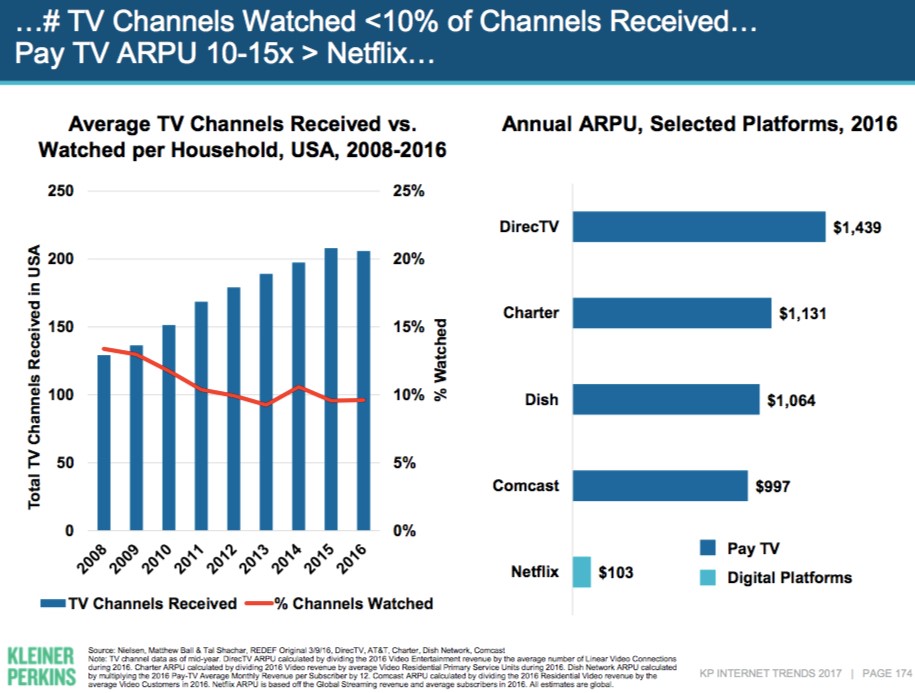 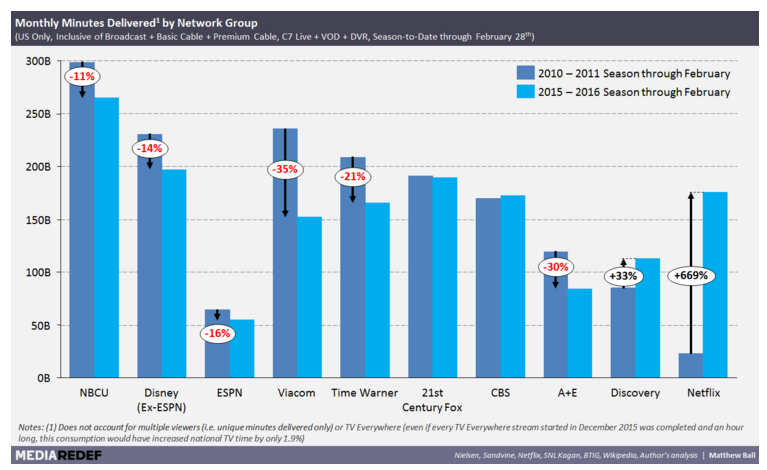 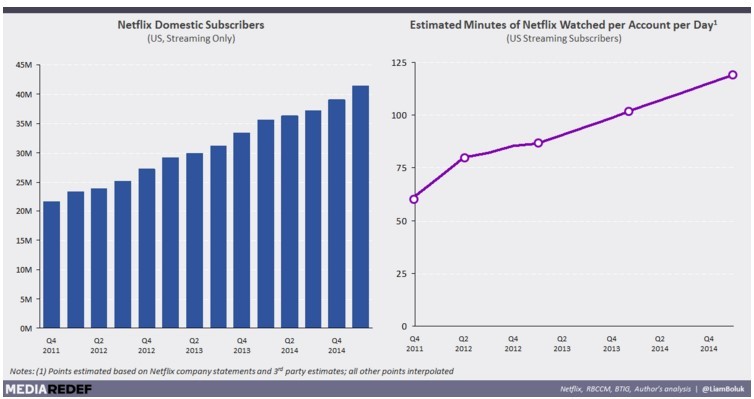 Boiling down these data leads to the conclusion that Netflix users spend about 10% of what their Pay TV spend would be on a Netflix subscription but spend 40-50% of their TV viewing time there, for a 75-80% cost advantage per hour of viewing.

Making matters worse, the trend among younger generations points to an accelerated decline in relevance of the traditional television media industry in the US… 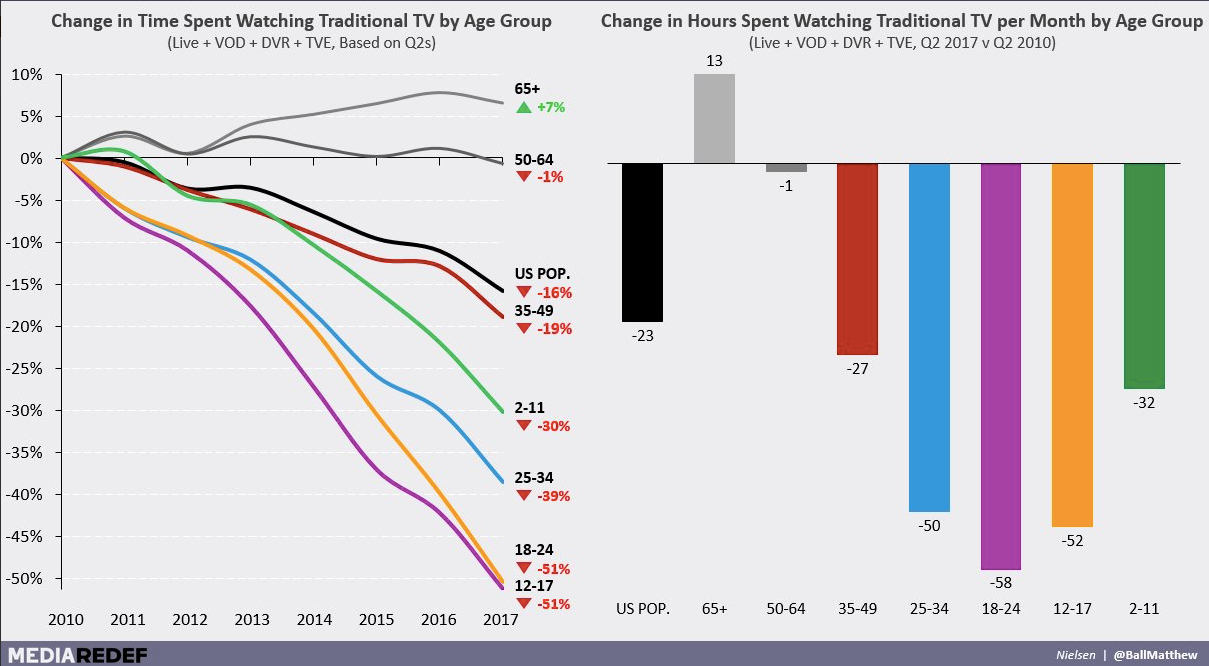 Traditional Pay TV service is literally dying off unless it can change this trend. Not many could have predicted such change and performance prospectively 5 years ago, but we think it is generally indicative of the underlying value that Netflix has accrued in creating the first global scale media company by leveraging the inherent advantages stemming from internet distribution, global scale, and direct customer to content relationships.

Over the phenomenal period of returns and fundamental business performance, controversy has surrounded the company due to what had initially seemed like a limited and low-quality catalog, undifferentiable business model (reselling licensed content over the Internet), unsustainable/unscalable niche (media companies would stop licensing and kill it when it got too big), and its cumulative cash burn that continues at increasing levels even still. We were among them until we delved into the fundamental industry dynamics playing out a couple of years ago that led us to change our minds. We’ll address these issues in our discussion.