The Critical Role of Empathy in Investing

“Could a greater miracle take place than for us to look through each other’s eyes for an instant?” -Henry David Thoreau

The design firm IDEO is one of the most influential companies that most people have never heard of. The mouse that you may be using to control your computer as you read this article? Invented by IDEO. But their influence goes far beyond the physical items they have designed. Instead, the company pioneered the idea of design thinking, or the practice of using concepts drawn from the field of design during the earliest stages of idea generation.

“Historically, design has been treated as a downstream step in the development process—the point where designers, who have played no earlier role in the substantive work of innovation, come along and put a beautiful wrapper around the idea… Now, however, companies are asking them to create ideas that better meet consumers’ needs and desires. The former role is tactical, and results in limited value creation; the latter is strategic and leads to dramatic new forms of value.”

One simple example of the application of design thinking is found in the Keep the Change program that IDEO designed for Bank of America. The program automatically rounds-up purchases made on debit cards to the nearest dollar and transfers the extra cents to the customer’s savings account. In the first decade after launch, 12 million customers signed up for the program and set aside $2 billion in extra savings, with 99% of people who signed up for the program remaining enrolled. IDEO didn’t just design a physical debit card inspired by Bank of America, rather they designed the program concept from inception using the principals of design thinking.

At Ensemble Capital, we believe that these design thinker attributes are also often exhibited by outstanding long-term investors and business operators. The stereotypical hedge fund manager imagined by the general public might be a ruthless barbarian seeking to squeeze money out of other investors. But in reality, successful, long-term investors like Warren Buffett are often characterized by their flexible and integrative thinking, willingness to experiment and adapt, and openness to collaboration. And while maintaining a degree of healthy skepticism is important, in the final analysis great long-term investors are almost always optimists.

But what about empathy? Empathy isn’t a concept discussed much in investment management. But we believe that empathy is one of the most important traits for generalist investors like ourselves to cultivate. The fact is, when you manage a portfolio of companies across a range of industries, there is no way that you can rely on your own firsthand experiences to make judgements. Instead, you must cultivate the ability to seek to truly understand each of the stakeholders connected to a company and see the world through their eyes, not just your own.

Peter Lynch famously advised an investor to “buy what you know.” His point was that investors have an advantage when they invest in companies of which they themselves are customers. When you are a customer of a company yourself, you have a natural ability to understand the company from the customer’s perspective. Yet while this is helpful, the best investors need to cultivate an empathetic understanding of a company’s core target customers, not just the investor’s own personal feelings as a customer.

One example of a time I mistakenly substituted my personal feelings as a customer for an empathetic understanding of a company’s core target customers, was when I decided to sell most of Ensemble’s holdings in Costco in 2012. It wasn’t until 2020 that I came to fully understand why my decision had been so wrongheaded and we bought the stock back.

In 2012, I myself was a Costco member. I was married with two kids and lived in a suburban house with ample storage space to hold large size products purchased at Costco. But I had also been an Amazon Prime member since the inception of the program. Instacart launched in 2012 with Google Express (an early delivery service similar to Instacart) launching in 2013. I lived in the heart of the San Francisco Bay Area, and I was watching all of my retail shopping rapidly shift online. None of this was particularly new for me. I had started shopping on Amazon in 1999 during the Dot Com boom and used Peapod for online grocery delivery, and Kosmo.com for same-day delivery of small, local items.

Costco’s online offering was (and is) notably inferior to the new online shopping options that were springing up all around me. Why would I want to go spend a Saturday afternoon in a huge Costco warehouse hunting for bargains when I could spend a fraction of the time sitting at home on my laptop ordering from a range of stores, and having it all delivered to my home?

The situation seemed obvious to me. Costco was failing to make the transition to online shopping and customers were going to start canceling their memberships (as I did) at an accelerating rate. Who would want to go to Costco to shop in a world of ubiquitous, cheap delivery services?

A whole lot of people it turns out! Here’s a chart of Costco’s membership levels over time. 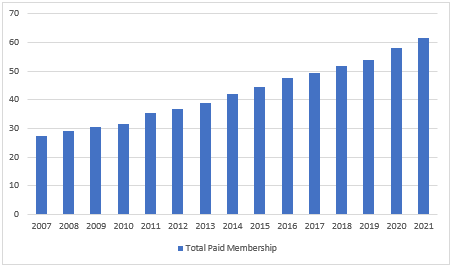 While I recognized I had made a mistake as I watched membership continue to grow, I didn’t understand why my analysis had been wrong. The shift to online shopping did play out as I expected, but somehow the shift did not seem to impact Costco’s customer behavior despite the company refusing to build a high-quality eCommerce offering.

The nature of my mistake – the specific way in which my analysis had lacked empathy for Costco’s core target customers – did not become clear to me until 2020, when we added Costco back to our portfolio. I had been correct about the coming rapid shift towards eCommerce. And I had been correct in my assessment that Costco’s eCommerce offering was inferior and not something they planned to greatly improve. But I had lacked an empathetic understanding of why Costco’s core target customers didn’t care about the same things I did.

There are really two types of people in the world. People like me that look at this picture and think that it is one of the very last places I want to spend my Saturday and people like Costco’s core target customers who view a trip to Costco as a fun and enjoyable way to spend a weekend morning. 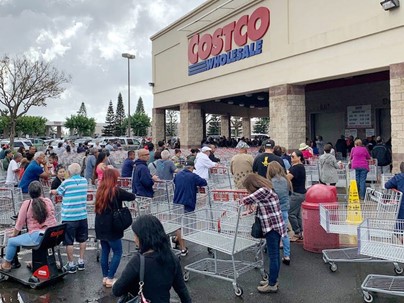 Costco offers frugal people permission to splurge. Going into a Costco and engaging in the “treasure hunt” to find great deals, while feeling confident that anything and everything you buy will be of high quality and a good deal, is of huge value to Costco’s core customers. Me? I just want Amazon to dump stuff on my front doorstep and avoid the need to “go shopping” completely. 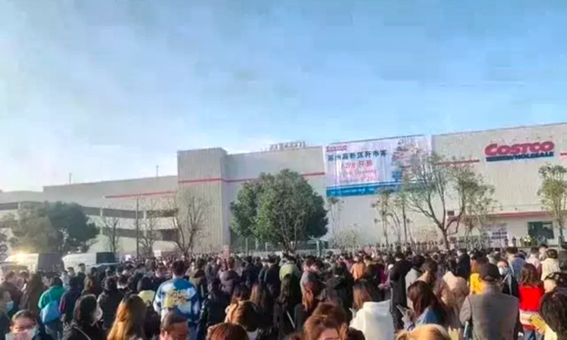 The fact is many people enjoy the experience of shopping at Costco. Shopping in person at Costco is not a “cost” that their customers want to minimize (in the way it was for me), it is a “benefit” that they enjoy taking advantage of. The reward of the $1.50 hot dog at end of the trip isn’t meant to make up for the exhaustion of shopping, rather it is more like a trophy awarded for frugal splurging.

I could have known this back in 2012. I could have engaged in a more empathetic research process that sought to identify why Costco’s customers were such raving fans. But instead, I substituted the reasons I shopped at Costco and noted that many, many people were shifting to online shopping. I mistakenly thought that other Costco customers would experience the same decline in the Costco value proposition as I was experiencing. So, I traded based on “what I knew” as Peter Lynch might have said, and missed the fact that most Costco shoppers viewed Costco through an entirely different lens than I did.

Empathy is hard. As Henry David Thoreau said in the opening quote to this post, “Could a greater miracle take place than for us to look through each other’s eyes for an instant?” But it is a skill that investors must cultivate to be successful.

In our portfolio today:

The best run businesses seek to deeply understand, to empathize with, their core customer. That’s why Charles Schwab & Co, a portfolio holding of ours, uses the tag line ‘Through Clients’ Eyes,’ almost as if they were attempting to channel their inner Henry David Thoreau! That’s what “putting the customer first” really means.

For long-term investors, seeing “through customers eyes” rather than through their own eyes is key. This is what empathy means. To walk a mile in another person’s shoes, to seek to truly understand how other people feel. Not how you would feel if you were in their place, but to understand how they actually feel.

So much of what we talk about in investing are lessons we learn as adults as we seek to master our craft. But all those spreadsheets we build are really just trying to quantify how the people who run a company and the people who make up their customers and competitors, will behave in the future. Forecasting behavior is about understanding how other people feel. It’s about empathy.

Cultivating empathy isn’t easy. Our own feelings about the world often seem to be “right” while other people’s feelings can seem “wrong.” But while empathy isn’t always easy, it is indeed very simple. So simple that Sesame Street can explain it to little kids. So, there really is no excuse for investors not to recognize the importance of empathy and seek to better understand how other people feel as a key driver of long-term investment performance.