Nintendo Comes to a Fork in the Road

“When you come to a fork in the road, take it.” – Yogi Berra

Despite the joy Nintendo the company generated for its customers over the last four decades, Nintendo the stock has historically been treacherous for patient investors and a boon for tactical traders.

As this long-term price chart shows, the ideal strategy with Nintendo’s stock has been to buy when Nintendo’s consoles are out of favor and sell at the peak of a hit console cycle, which is typically in the console’s fourth or fifth year. 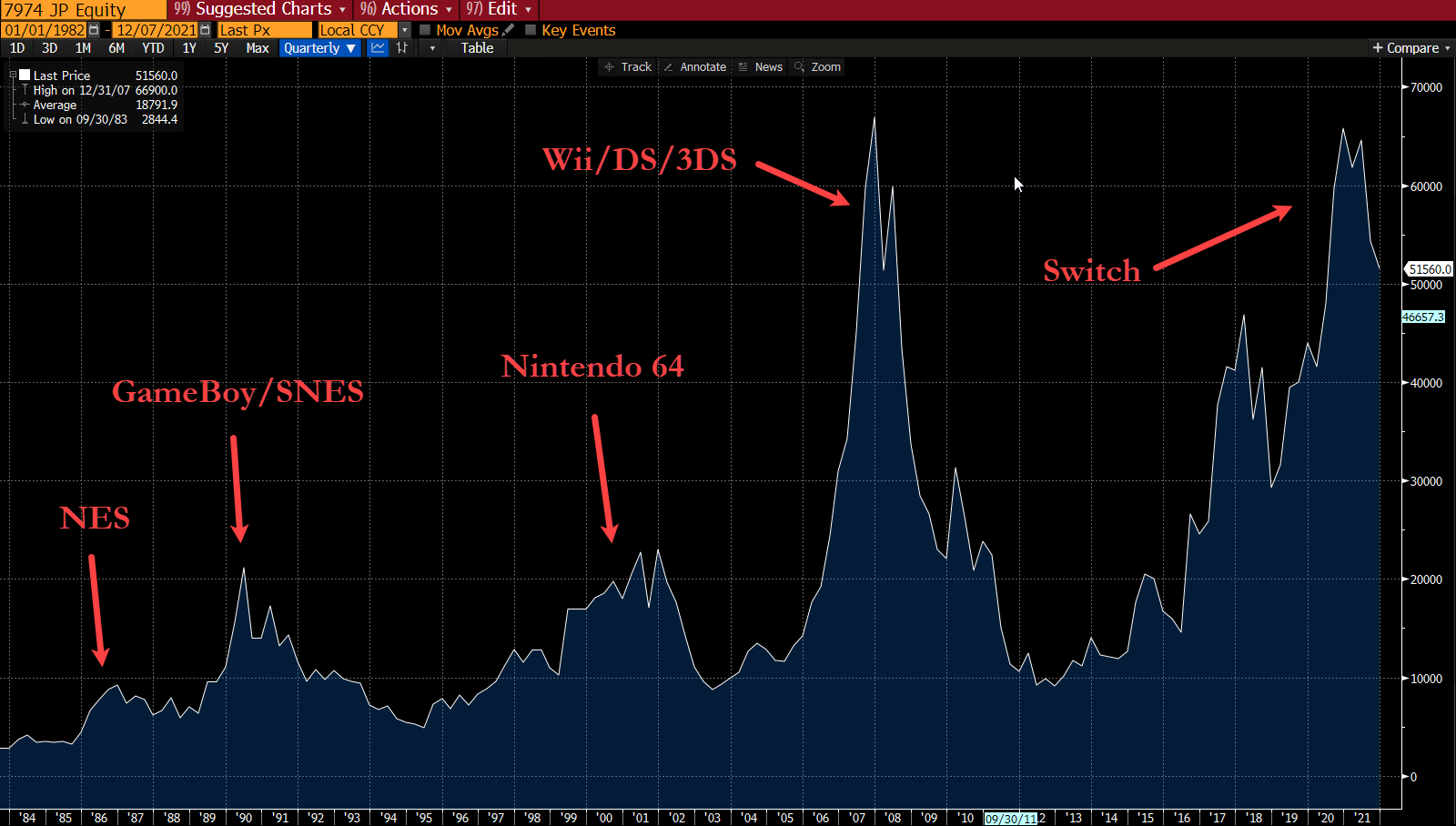 With Nintendo’s latest hit console, the Nintendo Switch, into its sixth year, the question is, “Will history repeat itself?”

We believe that things really are different this time around. As Nintendo of America CEO Doug Bowser put it during a recent podcast, Nintendo is aiming with the Switch to redefine “the lifecycle and vitality of video game consoles.” Further, in November, Nintendo management said that with help from the upgraded Switch OLED model, “we aim for a sixth year of growth, something never before experienced with our dedicated video game platform business.”

Despite these comments from management emphasizing that this Switch cycle is different, we think the current market price and consensus estimates incorrectly reflect a return to past console cycle patterns.

Here are four reasons why, beyond management commentary, we disagree with the consensus outlook.

In fact, Nintendo’s stock price decline began in early July 2021 after it announced the new Switch hardware would be an “upgrade” (Switch OLED) rather than a next-generation console, dubbed Switch “Pro” by Nintendo watchers. The implication, skeptics argue, is that potential Switch buyers will just wait for the next console generation and current users would continue to play their existing hardware.

Nintendo’s share price has languished in recent months on these concerns, particularly since management reduced its full-year hardware sales guidance due to chip shortages and broader supply chain issues.

Historically, all these factors would be good signs that it’s time to bail on Nintendo’s stock. The year-over-year growth in hardware sales will be lower and the “peak” has been eclipsed, the logic would say. Consensus estimates, as shown in the red bars below, suggest that sell-side analysts think there’s further Switch erosion from this point forward. These estimates reflect a continuation of standard console cycle dynamics, which we disagree with. 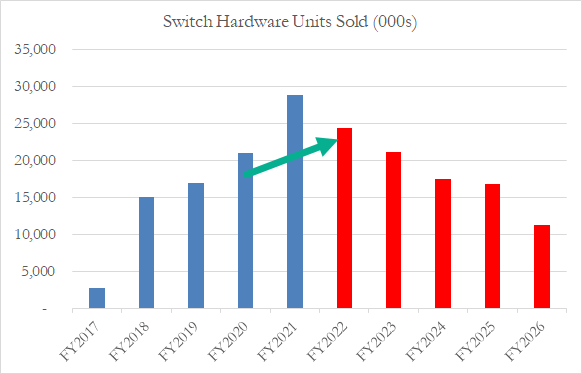 It’s worth noting, however, that despite the projected year-over-year decline against a difficult 2020 comparison, Switch momentum is still positive relative to pre-COVID demand. As the above chart shows, Switch hardware sales in the current fiscal year – based on management guidance, consensus, and our own estimates – will likely be higher compared to fiscal year ended March 2020.

If Switch were indeed losing steam, we wouldn’t likely see Switch OLED units continually sold-out and gobbled up as soon as some inventory hits the market. As of this writing on November 23, the lowest secondary market price for OLED on Walmart’s website is $481.99 – a nearly 40% premium to the retail price. On GameStop’s website, the original Switch is still retailing for $299.99 with pre-owned and refurbished versions selling with only a $20 discount to the new price. In fact, the new and refurbished versions are currently sold out completely at GameStop.

In short, if Nintendo had adequate supply, it could sell a lot more consoles this year.

This generation of Switch will eventually phase out, but we think new Switch generations will layer on top and eventually replace demand for the current generation. 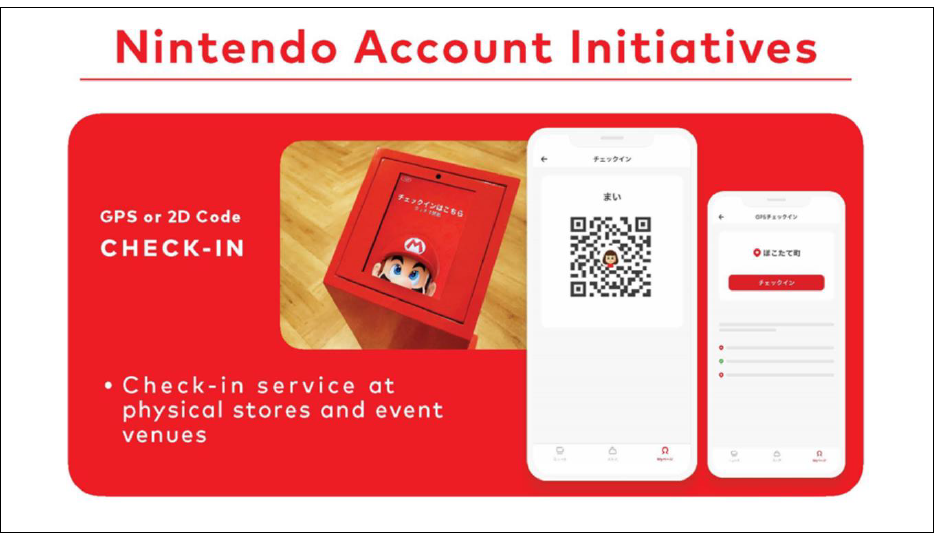 On top of the Nintendo Accounts, which includes mobile-only users, those with Switch consoles can also pay for a Nintendo Switch Online (NSO) account. As of September 2021, there were over 32 million Switch Online members against over 90 million Switch hardware units sold to date. We think penetration could increase even further as Nintendo adds more value to the membership over time. 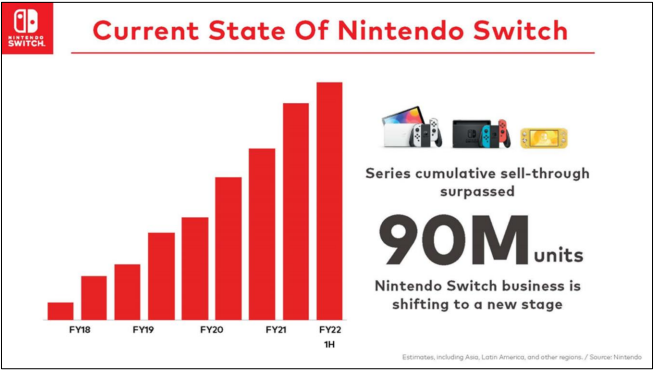 Plans for NSO start at $19.99 per year and the basic plans include save cloud data, access to legacy NES and SNES games, and online play. In October, Nintendo released the NSO Expansion Pack which adds access to legacy Nintendo 64 and Sega Genesis games and Animal Crossing content.

In previous console generations, Nintendo would have to win back its customers whenever it launched a new platform, as would every other console maker. There was no carry-over of player data from one generation to the next. There was some backward integration in more recent Nintendo consoles, where players could play games from previous consoles on the current console, but it was limited. Switch Online changes that dynamic.

Not only can Switch owners play legacy Nintendo system games through NSO, but NSO’s cloud save data will allow you to maintain your game progress in future console generations. Put differently, your playing data will stay with you wherever you go in the Nintendo ecosystem. It’s already being implemented. If, for example, you stop playing Animal Crossing: New Horizons for four months, when you come back to play, the characters on your island will say they haven’t seen you in four months.

While it’s debatable what form the next Switch console generation will take, Nintendo has signaled through direct-to-customer relationships, opening the legacy game library, and cloud storage that there’s an intention to provide a more continuous and immersive Nintendo experience.

Nintendo benefited, then, by maintaining a walled garden in which any prospective third-party game had to be approved and licensed. It gave gamers and retailers more confidence that what they were buying was going to be fun. Since then, Nintendo’s relationship with third-party publishers has cycled hot and cold. But it’s clear that third-party publishers have warmed up to Switch’s large installed base and Nintendo has actively promoted their games

The result is that Switch is not just the console you need to play first-party Nintendo games, but a place where you can also play some of your favorite third-party games like Fortnite and Minecraft. Having third-party publisher enthusiasm is important because it ties back to hardware engagement. The less someone’s Switch is gathering dust in between first-party releases the better, as they’ll be primed to spend money on the platform.

Though we were surprised – and frankly a little disappointed – that Nintendo allowed and promoted the Grand Theft Auto Trilogy on its platform, which we consider to be family friendly, we also understand that popular third-party titles like GTA do wonders for hardware utilization.

As the chart below shows, third-party software sales account for half of gross software sales (Nintendo keeps a cut of those sales in reported revenue). This is a mutually beneficial relationship and one that both sides have a vested interest in continuing. For Nintendo, that means continuing to build its installed base of hardware users on the Switch platform rather than starting from scratch with a new console and new operating system. 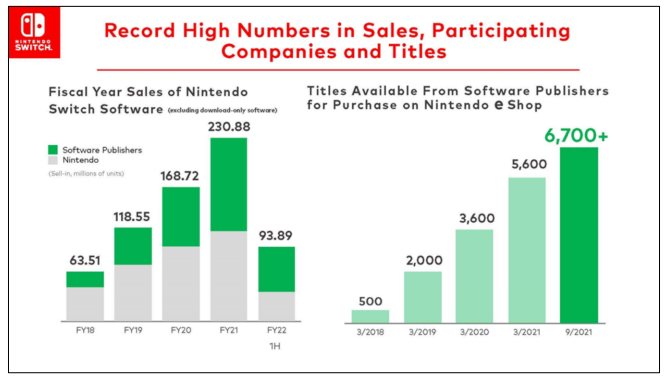 As the below chart illustrates, a lot has changed in the gaming space since Switch launched in 2016, particularly with mobile games. If Nintendo asks its customers to start all over again with the next generation console, we think it would lose steam that it might never regain. There are simply more alternatives today. That isn’t to say that Nintendo’s core group of fans wouldn’t come back for more, but it would challenge Nintendo’s aim to expand its fanbase, which is a key part of its strategy. 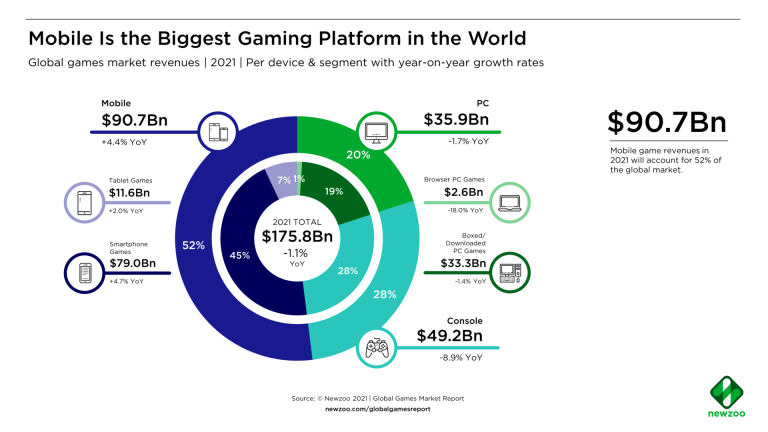 While Nintendo’s management is notoriously opaque about its intentions, we think they understand what we’ve just discussed. A few quarters ago, for instance, they acknowledged that “We are in the entertainment business, where change is profound and the future is very hard to predict.” As such, they are right to take pages from Apple and Disney, which created the blueprints for success in hardware/software integration and IP monetization, respectively.

Now, we don’t want to make too much of an Apple or Disney analogy, but there are nevertheless some parallels.

On the hardware/software integration piece, with the launch of Switch OLED, we think Nintendo is mimicking Apple’s good-better-best iPhone offering, intentionally or not. If you have a limited budget and are more focused on getting access to the Switch platform, you have the lower-priced Switch Lite; if you want a fuller handheld experience, there’s the higher-priced OLED. This is akin to the iPhone’s lineup of iPhone SE, iPhone 13, and iPhone 13 Pro.

At this point, the Nintendo-Apple analogy breaks down unless you think Nintendo also follows Apple’s approach with the iOS operating system. Ultimately, it’s iOS that maintains the consistent iPhone experience. If you lose your phone or upgrade to the latest model, all you need to do is log into the new iPhone and all your apps and settings are there waiting for you.

We think Nintendo would be crazy not to follow suit with the Switch OS. Whether or not the next generation Nintendo console is branded Switch – Switch 2.0, Switch Pro, etc. – you should be able to keep all the games and preferences you set up on Switch. Wishful thinking? Perhaps, but the blueprint for success is staring Nintendo management in the face.

Nintendo is also following Disney’s lead in expanding the ways in which you engage with its IP. As Disney figured out generations ago, having an ecosystem around precious IP increases and reinforces its relevance in the marketplace. While Nintendo management has yet to figure out a consistent mobile strategy, the opportunity is massive as evidenced by the huge number of downloads for Nintendo mobile games. Beyond mobile, Nintendo’s theme parks, merchandise, and movie strategies – while not massive direct profit centers for Nintendo – encourage more gamers to engage with Nintendo hardware/software. 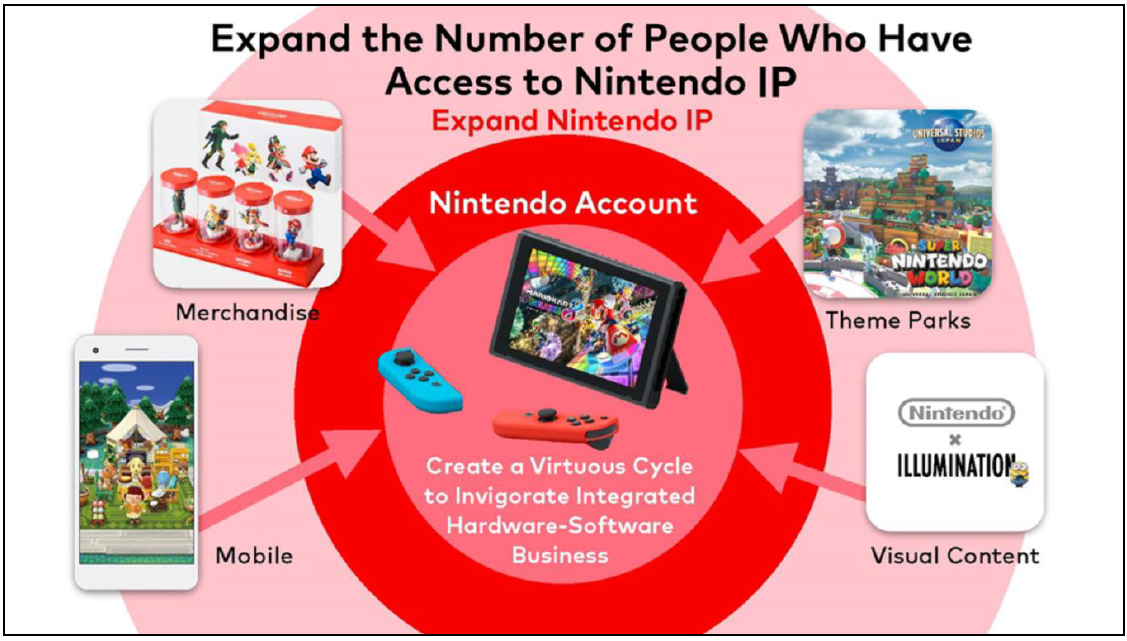 There’s no question that, with Switch in its sixth year, we’ve reached a fork in the road. Either Nintendo goes back to the “same old” Nintendo or it executes on a new strategy that smooths out console cycles and generates higher-margin revenue through higher digital software sales and subscriptions.

To us, all indications point to Nintendo management recognizing that this time is different. The table is set for Nintendo to enter a new phase that would benefit all stakeholders. Management only needs to, borrowing the phrase from Yogi Berra, take the fork in the road. We believe they’re taking steps in that direction.