Pay Attention to the Castles Behind the Moats

Since Warren Buffett first described the concept of an “economic moat” over 30 years ago, his students, including us, have debated the best ways to analyze a company’s durable competitive advantages.

Here’s how Buffett described the moat framework at the 1995 Berkshire Hathaway annual meeting:

“What we’re trying to do is we’re trying to find a business with a wide and long-lasting moat around it… protecting a terrific economic castle with an honest lord in charge of the castle.”

Among quality-focused investors, the emphasis tends to be on moat part of the analysis – that is, how is this company defending itself against external competition?

But what moats really do is buy time. They can’t fix what happens in the castle.

With a good moat, a smart management team has time to remodel the castle, maintain its lands, and modernize its defenses. But the opposite can also happen. We’ve written, for example, that moat erosion tends to start behind the castle walls, sowed by internal discord, which provides an opportunity for competitors to attack.

It’s also true that the castle itself can crumble, nullifying the moat’s protective value. (Notably, in most pictures you’ll see of abandoned castles, the moat is still intact.) 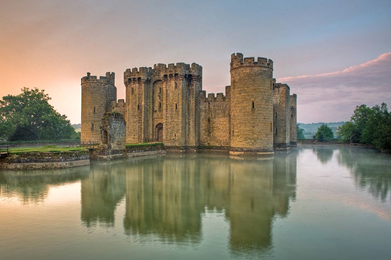 Here’s Buffett again a few lines later at the 1995 meeting, where he underlines the importance of the castle’s vitality:

“But we are trying to figure out what is keeping — why is that castle still standing? And what’s going to keep it standing or cause it not to be standing five, 10, 20 years from now. What are the key factors? And how permanent are they?”

This is what we’re after when we talk about relevance. We ask ourselves how likely is it that the company’s products and services will be at least as relevant ten years from now as they are today.

It’s a hard question to answer with confidence. A decade is a long time. Think how much has changed for companies in just the past year.

Yet it’s a critical question to examine, debate, and monitor over time because it strikes at this question about the castle’s health.

Even a moat with an able and honest lord might not be enough if it turns out the castle is situated in the wrong place.

Consider the oil & gas industry. In the first half of the 2010s, when crude oil prices were regularly around $100 a barrel, some energy services companies with apparent moats like Core Laboratories, Schlumberger, and Halliburton looked poised to flex their competitive positions and generate strong shareholder returns.

Yet this proved not to be the case. While the energy services companies’ moats might have remained intact and had able management teams, their castles depended on oil prices (blue dash line).

While it’s possible that these companies’ fortunes will reverse over the coming decade if oil prices recover, if your view is that fossil fuels (and thus their castles) are in decline, the fact that the companies have a moat should not matter. A moat without a castle is not worth owning.

Three things we look for when measuring our companies’ long-term relevance potential are a proven ability to:

By 2031, there will be new challenges for each of these companies to address, but based on our trust in their management teams, the various tailwinds at their backs, and our understanding of their cultures, we are confident they will remain highly relevant for years to come. Their castles – and moats – are in good shape.