This is part V in a five part series about Ensemble’s recent trip to China. Read part I for more context about the intent of the trip. Ensemble does not currently make direct investments in Chinese companies.

The Context That Allowed for China’s Rapid Growth

One of the attractions of China to investors is the potential for very, very rapid growth. For instance, Alibaba grew by five times from ¥7 billion in revenue in 2010 to ¥35 billion in 2013. It then grew by almost five times again by 2017 and is forecast to have grown by another three times by 2020. This is a 10 year annualized growth rate of 54% meaning Alibaba has 77 times more revenue than it did a decade ago. For comparison, during that same time period Amazon’s revenue is forecast to grow by 10x, Alphabet by 5x and Apple by 4.5x.

But while this growth potential is seductive to investors, it also gives pause to investors who worry about Chinese companies rapidly taking market share in the West. As long term shareholders of Mastercard, we’re familiar with the media reports that come out each year saying that Alipay is now being accepted in Las Vegas taxis, or New York luxury shops, and that it must be only a matter of time before America flips completely to Chinese payment options.

However, the rapid growth of businesses in China is due just as much to the historically low levels of development as it is to any specialness about Chinese companies themselves. For instance, Alipay and WeChat Pay took off so incredibly quickly and became so dominant, because they were replacing a hugely inefficient cash-based system. Alipay was much, much better than cash and this set the stage for its rapid adoption. But in the US, there is already a robust digital payment system in place. While Alipay may or may not be a better system than Mastercard, at best it is an incremental rather than revolutionary improvement over the existing system in the US. 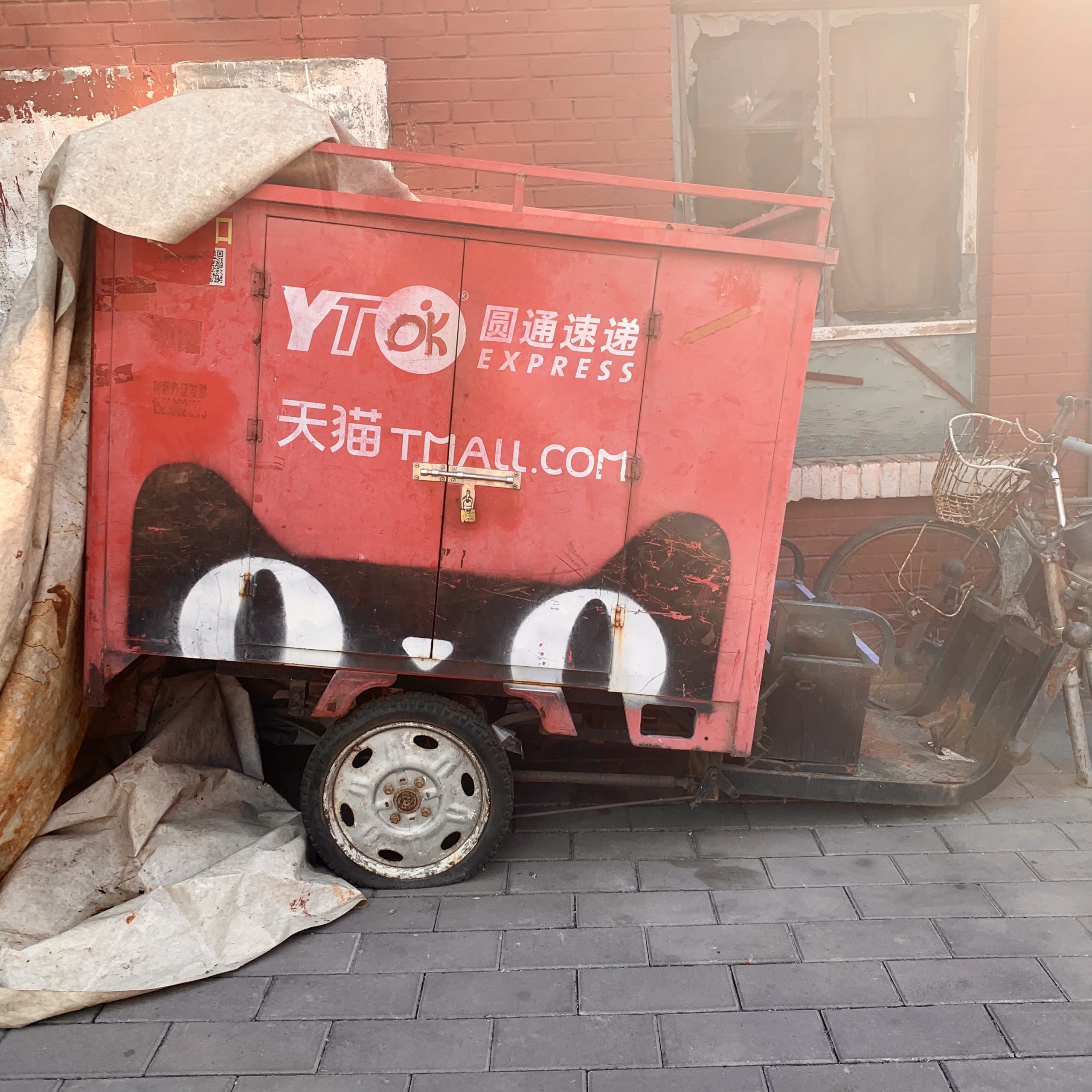 (The intersection of rapid growth modern e-commerce with underdeveloped infrastructure is apparent in this Tmall delivery vehicle.)

In other words, while rapid growth is easy to associate with rapid development, the rapid growth in emerging markets in certain categories can often by a function of slow historical development paired with leapfrogging.

Today, people in China use WeChat to pay their utilities, their rent and at vending machines. Why then are so many payments in the West still processed via paper checks or wire transfers (even “online bill pay” is often just digital instructions sent to your bank to print out a check and mail it to the biller)? It is because the systems that enable more efficient payments to billers offer functions that are only incremental improvements beyond the legacy systems that are already in place.

You can find another example in the hard to believe, but absolutely true fact that China used more cement between 2011 and 2013 than the US used during the 20th century. This is a mind-blowing statistic no matter what context you put it in. But China is nearly ten times larger in terms of population today as the US was on average during the 20th century and the fact that they had a completely emerging economy just a few decades ago means that there was a huge, unmet opportunity to urbanize the country in a short period of time.

What this means from our perspective is that rapid growth of Chinese companies is not due to some mysterious special sauce. But to a pattern that is observable in other countries at other points in history. It is unlikely that Chinese companies that seek to grow outside of China will replicate their rapid growth unless the context of the markets they enter are similarly underdeveloped as China was, and still is in many sectors. On the flip side, Chinese companies entering emerging markets such as India, may have significant advantages over developed market companies entering the same market.

Does this mean that Alipay or WeChat Pay can’t compete with Mastercard and Visa in the US? No, not at all. But it does mean you are unlikely to see the sort of massive market share gains WeChat Pay was able to achieve literally overnight in 2014 when the company gamified the digital wallet experience by dropping $80 million into “red envelopes” for users to send to each other. This led to a tripling of WeChat Payment users from 30 million to 100 million in just a month and to China’s mobile payment industry to exceed the size of the US that same year. After 20 million red envelopes of WeChat Pay “cash” were sent in 2014, 3.2 billion such payment transactions were sent the following year, followed by a brain melting 32 billion transactions in 2016.

The bottom line is that the rapid growth potential of the companies serving the Chinese market may be challenging to forecast, but they are understandable. China is not a mysterious place governed by unfathomable market dynamics. Instead, it is a unique place that is neither a more advanced economy that will lead the west, nor an emerging economy that will simply copy the West. Consumers and businesses in China have opportunities and face risks just like businesses and consumers around the world. But in seeking to understand these issues, investors can grapple directly with the opportunities that may be available in China as well as the competitive risks that Chinese companies may present to Western companies.

So in conclusion, combining our own research from our learnings on the trip, we came away with five key ideas:

For more information about the positions owned by Ensemble Capital on behalf of clients as well as additional disclosure information related to this post, please CLICK HERE.