Sometimes, I am even asked why I can feel so optimistic about our future. The answer is simple; We are in a great business, with great people, great products and technology, and an unbeatable brand name. – CEO George M. C. Fisher, 1997 Kodak Annual Report

Like many kids over the last 50-plus years, my four-year-old son recently got into LEGO. You might even say his interest in LEGO was inevitable. The LEGO brand is so powerful it’s just assumed that kids will play with their interlocking plastic bricks. 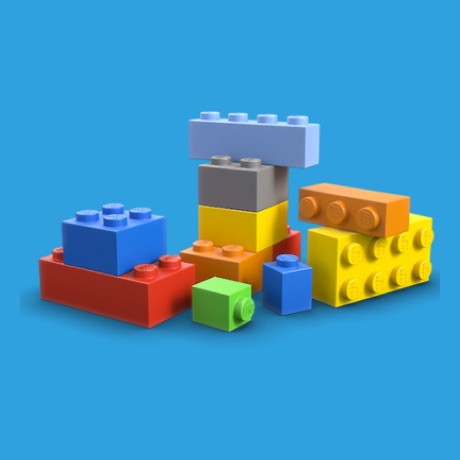 Back when I was playing with LEGOs in the 1980s, you could have reasonably argued that LEGO would remain a dominant children’s brand over the next three decades. And if we looked at two data points – say, 1987 and 2018 revenue – that seemed to be the case.

But what played out between those dates tells a different story. In the early 1990s, LEGO faced an existential crisis. Key patents on their interlocking bricks expired, leading to a flood of cheap knock-off competition. Fewer kids were being born in developed markets, limiting category growth. Children began playing video games at earlier ages, spending less time with physical toys.

In a panic, LEGO made some rash product decisions, seeking out “blue ocean” innovations that were outside of its core competencies, such as software, theme parks, and retail. Sales plodded ahead, but expenses grew faster – and worse, LEGO borrowed heavily to pursue its ambitious growth strategy.

In 2004, LEGO even came close to bankruptcy.

David C. Robertson’s excellent book on LEGO’s history, Brick by Brick, recounted the moment when the company realized the extent of the damage. Then-recent hire (and eventual Executive Chairman and CEO) Jørgen Vig Knudstorp, performed an Economic Value Added (EVA) analysis on LEGO’s financial results and made a shocking discovery.

“(Knudstorp’s) analysis revealed that with the exception of 1998, the LEGO Group had steadily produced accounting profits from 1993 to 2002, yet the company had lost some $1.6 billion of economic value of the same period…By backing LEGO, (the founding Christiansen family) had depleted their family fortune at the rate of almost a half a million dollars per day, every day, for ten years.”

In other words, LEGO’s return on invested capital (ROIC) was below its cost of capital, but the company continued to aggressively reinvest. That’s a recipe for value destruction.

Despite having well-intentioned founding-family leadership (typically a positive signal) in the Christiansens, a beloved brand with a cult-like following, and lucrative licensing deals with the Star Wars and Harry Potter franchises, LEGO was on the ropes. It took a sweeping restructuring to stabilize and improve the company’s prospects.

LEGO is a perfect example of why brand stewardship matters, even with a powerful underlying brand.

What’s brand stewardship? Broadly speaking, it’s maintaining and increasing the relevance of the brand over time.

Relevance is different from recognition. Xerox, Kodak, and Nokia remain recognizable brands, for example, but they are far less relevant today than they were 20 years ago.

Relevance commands attention, and a by-product of attention is pricing power. And sustained pricing power in the face of competition is a good sign of an economic moat.

We consider relevance a function of category growth and the company’s share of the category, over time. Ideally, a company will increase its share of a growing category. Mastercard is a good example. In contrast, we have little interest in companies taking share in a shrinking category, as it presents low growth risks.

Great brands can be sunk – slowly or abruptly – by management’s poor capital allocation decisions. Some famous investors said you want to look for companies that “any idiot” or a “ham sandwich” can run. And while that may have been true at one time, we don’t believe it’s true today.

As we illustrated in our investment philosophy diagram, in an age of rapid innovation, global competition, and cheap and abundant capital, every company needs competent leadership to remain relevant. For great brands to be great businesses, they need great capital allocators at the helm.

For more information about positions owned by ECM on behalf of clients as well as additional disclosure information related to this post, please click HERE