The Evolution of Moat Analysis

In his memoir, Shoe Dog, Nike founder Phil Knight described how difficult it was to raise capital in the 1960s.

There was no such thing as venture capital. An aspiring young entrepreneur had very few places to turn, and those places were all guarded by risk-averse gatekeepers with zero imagination. In other words, bankers.

Around the same time, Sam Walton (as described in Made in America) struggled to get funding to build Wal-Mart.

Nobody wanted to gamble on that first Wal-Mart…I had to put up 95 percent of the dollars…We pledged houses and property, everything we had.

In other words, in the 1960s, access to capital was a massive barrier to entry for potential disrupters. Incumbents with established banking relationships and access to credit markets had a clear advantage.

Over the coming decades, however, venture capital and private equity sprouted up, and banking deregulation commenced, making it easier for promising start-ups to acquire funding. Today, access to capital does not impede a motivated entrepreneur with a quality product or service.

Economic moat sources – low-cost production, network effects, switching costs, and intangible assets – may remain constant, but ultimately what determines a moat is how those sources build entry or scaling barriers for competitors.

Once a barrier to entry is lowered, what matters is how quickly the entrants can scale. Dollar Shave Club wasn’t remarkable only because it sold a quality blade at a lower price point, but because of how rapidly it scaled and challenged Gillette’s dominance in the space.

On the other hand, the barriers to entry in the North American containerboard industry aren’t insurmountable, but it is much harder for an entrant to scale. The major incumbents – International Paper, Georgia-Pacific, WestRock, and Packaging Corporation of America – account for about 75% of domestic production and own the majority of the corrugated box plants.

Even if you produced containerboard, you’d still likely need to sell through one of the incumbents’ box plants. Regional efficient scale advantages limit new box plant construction and enable the integrated players to act rationally.

One of the biggest differences between traditional and “future” moat analysis is that the former is primarily rooted in tangible assets (plants, brick-and-mortar stores, etc.), while the latter is based increasingly on intangible assets (relationships, customer captivity, etc.).

With traditional tangible asset-based moats, barriers to entry are typically high (need for capital, expensive factories, etc.), but economies of scale are more achievable as expansion allows the spread of high fixed costs over a broader base.

The opposite is true with intangible asset-based moats. It’s easier to enter a market but much harder to scale in capital-light businesses. You could start a new social media company in your garage on a shoestring budget, but you’re up against significant network effects and switching cost advantages held by the incumbents. Further, it’s not always apparent which capital-light company is prudently scaling because they are expensing reinvestment, often resulting in near term, low reported profit margins.

You may find the following framework useful in navigating tangible versus intangible asset-based moat analysis. 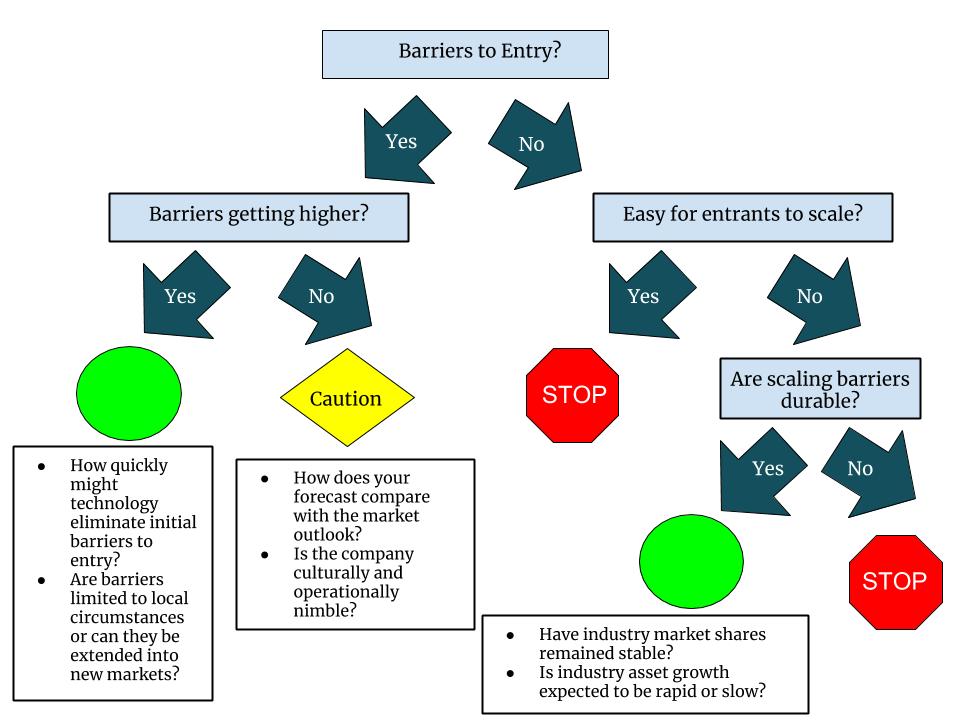 The nature of moat analysis is shifting from a tangible-asset based evaluation to one that’s increasingly driven by intangible assets. Adapting to the change is not always easy for those brought up in the traditional value school, but we think it’s essential for investors to do so if they hope to succeed in the coming decades.

Clients, employees, and/or principals of Ensemble Capital own shares of Nike (NKE).