Yesterday, Ensemble CIO Sean Stannard-Stockton appeared on CNBC to discuss our market outlook, thoughts about Fed policy and some of our favorite investment ideas. In the clip below, Sean discussed homebuilder NVR and high net worth family focused bank First Republic. If you are reading this post via an email subscription, you can click here to watch the interview.

From #Homebuilders to #Banking, find out what Sean Stannard-Stockton @IntrinsicInv is looking out for in the markets. $NVR $FRC #StockPicks @tanvirgill2 pic.twitter.com/HbIosyrt3w

When the Moat is in Your Mind

“How did Coca-Cola build their moat? They deepened the thought in people’s minds that Coca-Cola is where happiness is. The moat is what’s in your mind.” – Warren Buffett

On the way to the beach this summer, my family stopped at Hershey Park in Pennsylvania. At the Hershey factory store, we stood in line for a solid hour with hundreds of others for the five-minute automated tour outlining the history of Hershey chocolate.

From a logical standpoint, this was a silly thing to do. Why go through all of that to learn about a branded combination of sugar, milk, and cocoa?

As Rory Sutherland, the vice chairman of advertising house Ogilvy, succinctly puts it in his book Alchemy: “When you demand logic, you pay a hidden price: you destroy magic.”

And, whether we knew it or not, that’s what everyone in line was looking for – magic. Indeed, we left the tour happy, with the kids fascinated by the animatronic singing cows and the free Hershey bars at the end.

There’s nothing objectively remarkable about Hershey Kisses or Reese’s Peanut Butter Cups. There are higher-quality chocolate options like Ghirardelli and Godiva, and consumers have more ways to indulge their sweet tooth than ever before.

Still, the combination of various Hershey’s brands and their taste – consumed again and again over generations – morphed into doses of nostalgia for Halloweens past and other happy childhood memories shared with friends and loved ones. And that magic combination is what brings four million visitors to the Hershey factory tour each year. 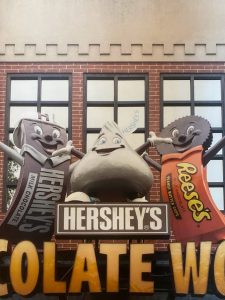 Money alone cannot disrupt such illogical yet magical feelings, which makes these sorts of brands defensible as “moats of the mind.”  They are inextricably linked with our memories and identities, and consequently impact our brain chemistry.

Here are a few examples from our portfolio: 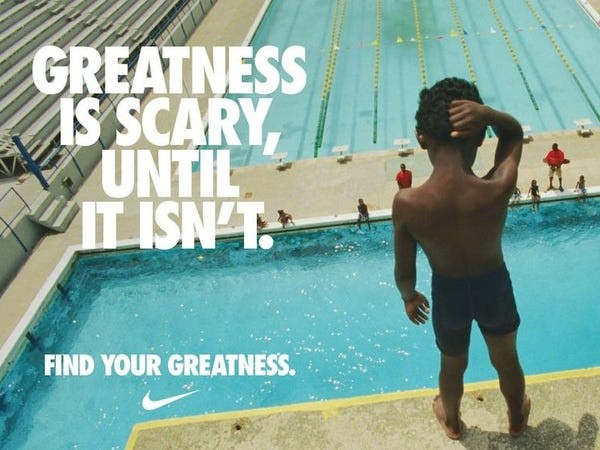 Not every brand is a defensible asset. Even good brands are vulnerable without proper stewardship and brands based solely on “search cost” advantages are particularly at risk in today’s direct-to-consumer digital marketplace.

To be defensible and valuable on its own, a brand must be both recognizable and relevant. What makes moats of the mind defensible and valuable is that they extend the brand’s relevance across time by standing for something on their own. In contrast, many emerging brands struggle to maintain relevance and become quality traps. Put differently, young brands need to consistently prove themselves to consumers while established moats of the mind brands are given benefit of the doubt and have more room to innovate and take chances. 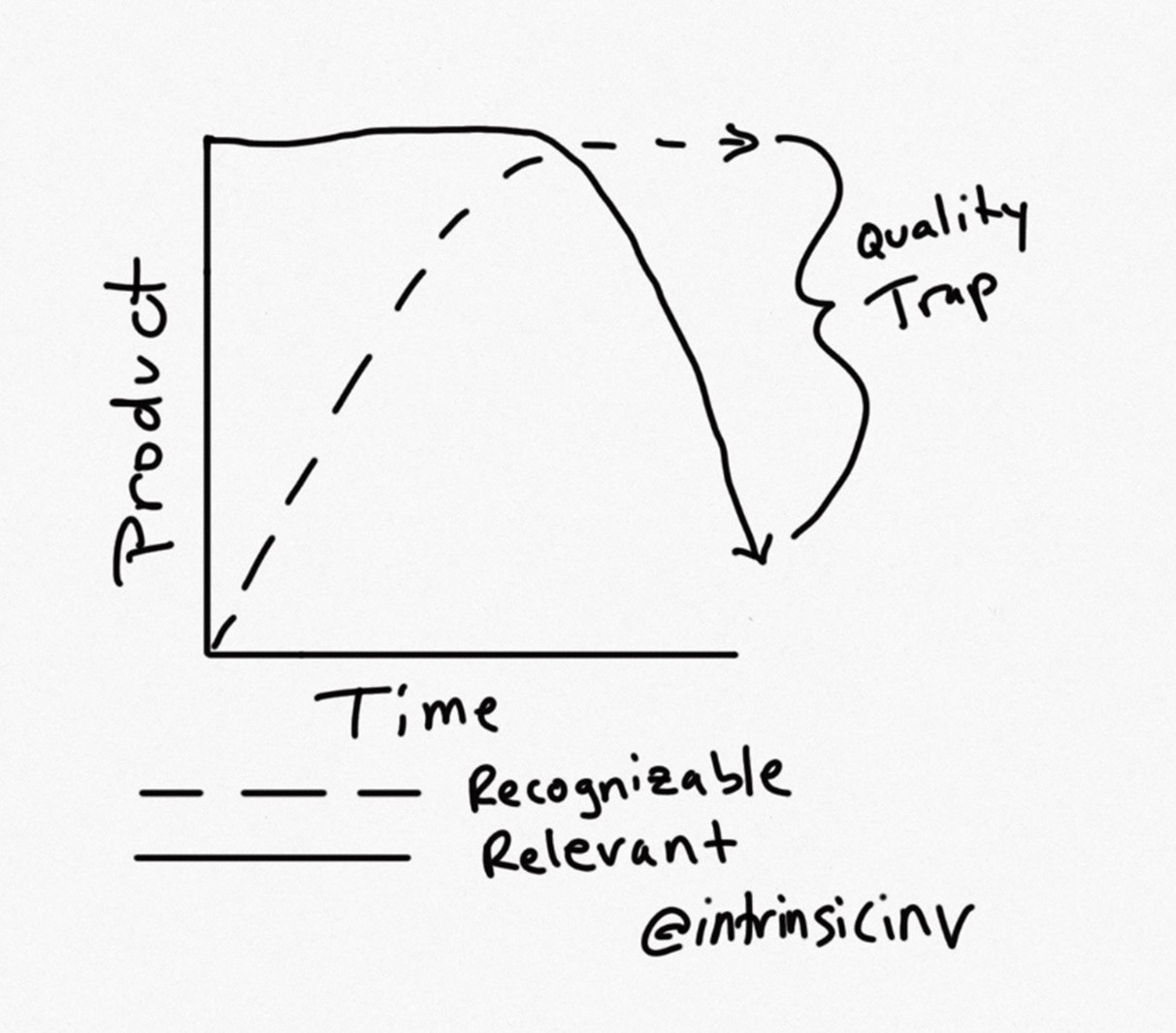 Similarly, having moats of the mind doesn’t mean that Ferrari, Nintendo, or Nike can rest on their laurels. Like any moat, they give their management teams time to create products that delight their fans. What management does with that time is what determines shareholder value creation. Proper stewardship leads to more magic for successive generations of customers and perpetuates the positive feedback loop around the brands.

Earlier this week, Ensemble’s CIO Sean Stannard-Stockton appeared on CNBC to talk about our market outlook, how investors should think about recession and inflation risks and, in the clip below, why we think Mastercard and Ferrari are well positioned to thrive. 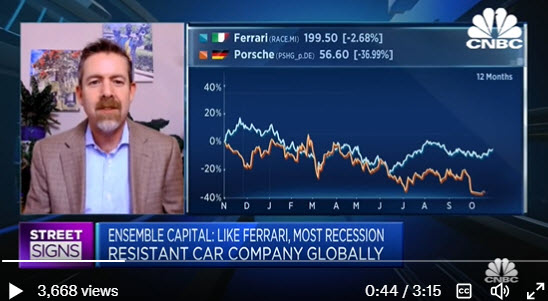 The Business Breakdowns podcast offers deep dive interviews that profile a single company. The podcast is one of the best investor resources to quickly get up to speed on how a particular company operates. So we were pleased to have Ensemble’s CIO on the podcast to discuss Home Depot.

In the podcast, Sean discusses:

During our third quarter portfolio update, we profiled portfolio holding, Schwab (SCHW). Below is a replay of our live commentary on the company from our quarterly portfolio update webinar and an excerpt from our QUARTERLY LETTER.

As we have discussed before, Schwab’s core value proposition is about helping its customers, both individual investors and independent registered investment advisors like Ensemble, intelligently and efficiently invest in capital markets. What everyone might not be as familiar with is how Schwab’s business model has changed over the years as its offerings and capabilities evolved, initially being driven by trading commissions, then distribution fees on third party mutual funds, and later asset-based fees on its own proprietary mutual funds and ETFs, and more recently net interest revenue that is derived from its customers’ cash holdings sitting on Schwab’s balance sheet.

Through each of these revenue transitions, Schwab has accelerated the arc of industry trends that leveraged technology and scale to commoditize each of the earlier revenue sources. While doing this, Schwab grew its scope of services and revenue to new more profitable levels built off its ability to drive operating costs lower with scale thereby offering excellent value and service to millions of customers relative to competitors.

This has powered its growth and profit flywheel that relies on scale and efficiency to drive costs lower, allowing it to reduce prices that attract more customers and assets even as it invests to add higher value services to cross sell, which further increases scale and efficiency opportunity. As a result, assets held at Schwab now stand at over $7 trillion from about $1 trillion in 2005.

For Schwab, scaling assets, sticking to a culture of adaptability and efficiency, and focusing on customer value has resulted in a win-win-win model for its key stakeholders: its customers, its employees, and its shareholders.

It was the fact that net interest revenue comprised more than half its business while trading revenue had fallen to less than 10%, that enabled Schwab to cut trading commissions on equity and ETF trades to zero in October 2019, without taking a significant hit to its financial model. This set the stage in 2020 and 2021 for a dramatic acceleration in client account growth and the net new assets they brought in, which is exactly how Schwab’s strategy of perpetual disruption has worked for decades now.

Traditional online trading competitors reliant on commissions saw their stock prices fall dramatically. TD Ameritrade was one that saw its stock price fall over 30%, creating the opportunity soon thereafter for Schwab to acquire it in a highly accretive transaction that increased Schwab’s asset scale by a third by bringing in $1.6 trillion in assets. Adding Ameritrade’s $6 billion in revenue to Schwab’s platform saw the opportunity to cut out 60% of costs associated with it, taking the margin on that incremental revenue from about 50% to nearly 80%.

Powering Schwab’s long-term model has been their focus on operational efficiency that is an important part of its competitive advantage. It allows the company to offer low prices and higher value to customers, which wins them over and retains them, while also delivering attractive returns for shareholders.

A way to measure this is a metric called the efficiency ratio which measures the operating expenses per dollar of client assets. The spread between the revenue yield, which measures total revenue collected per dollar of client assets, and the efficiency ratio translates into the profits that Schwab is able to collect on those assets.

The persistent decline in the efficiency ratio from 0.25% per dollar of AUM to 0.14% over the past decade and a half powered the profit spread per dollar of AUM from 0.09% to 0.14%. The result is that every dollar of revenue generated from client assets translates to 50 cents of operating profit. This really captures the financial magic of Schwab’s model.

What’s key from a business model perspective is that over the past decade, Schwab has transformed its financial model from one that predominantly monetizes its services from fees to one that increasingly monetizes via interest earned on customers’ uninvested cash balances.

In other words, it’s become the wealth management service leader in offering low explicit costs to the customers by driving them towards zero while monetizing its services with the implicit opportunity cost of earning interest on cash balances customers hold in their accounts. It’s no wonder that the company’s focus on customer value, scale, and efficiency has enabled it to keep growing client assets organically at an unfathomable scale.

In 2021, it added over half a trillion dollars of net new assets from new and existing clients and this year it is on pace to add about $400 billion. This is the part of the business that is all about the great service and low fees that cause customers to come to Schwab and stay. It’s where the rubber hits the road.

Over time Schwab’s net new assets have grown AUM at about a 5%-7% rate per year, even as its scale has grown dramatically. Not all of the AUM growth is fueled by net new assets – market returns also add to the overall AUM growth. As a result, AUM has grown at about a 17% compounded annual growth rate or 15% if we exclude the $1.6 trillion that came in from the Ameritrade acquisition.

Today, Schwab stands in front of a large revenue opportunity not seen since before the great financial crisis, with interest rates higher that they’ve been in a decade. As mentioned earlier, Schwab’s largest revenue source is now net interest revenue, and it’s a highly profitable source too.

Schwab’s net interest revenue is generated from two drivers – the client cash portion within its large AUM base, typically 6-8% that substantially comprise its interest earning asset base, and the net interest that can be earned on it, a metric called net interest margin (NIM).

We saw that in the last rate hiking cycle, Schwab’s NIM tracked market rates higher from 2013 to their peak in 2018. We can see a similar phenomenon occurring today, from a lower base and at a steeper slope that could head higher than in the previous cycle since market interest rates are already higher, with the Fed expecting a “higher for longer” rate cycle. Meanwhile, the base of assets that Schwab can earn its NIM on has grown significantly since the past cycle.

Earnings grew dramatically last time this cycle played out and with an even higher base of interest earning assets today, we expect the eventual higher NIM will power much higher earnings again.

One other thing to note is that despite near record low NIM recently, Schwab was already reporting record high adjusted operating margins in 2021. Adding billions of dollars in additional interest revenue at little incremental cost over the next couple of years should drive those margins higher.

Clearly while many companies will see headwinds during this time of higher inflation and higher interest rates, companies like Schwab will experience it as a tailwind to its business. It is important[…]